The Inland Waterways Association of Ireland 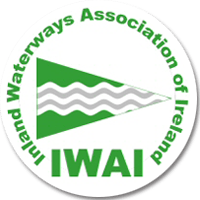 IWAI is a voluntary body of waterways enthusiasts, founded in 1954. It was formed to promote and encourage the use and development of Ireland’s navigable waterways. In its early years the association was a campaigning organisation ensuring that the Shannon was navigable for pleasure boating helping guarantee the development of the river as a national asset for waterways tourism. The early campaigns were extended to include the drive to prevent the threatened closure of the Grand Canal in Dublin. The association has worked to assist the improvement of the Barrow and to focus interest and activity on the restoration of the Royal Canal, the Shannon Erne Waterway, the River Boyne, the Kilbeggan Line of the Grand Canal, the Ulster Canal the Newry canal and other closed navigations.

The IWAI is an all-Ireland organisation, represented by 23 branches locally based around the waterways (5 in Northern Ireland and 15 in the Republic and two activity-based branches) representing 4400 members, the majority of which are family members. The IWAI works in partnership with national and local government, statutory agencies and development companies, the community, voluntary and business sectors, lobbying, advising, and working together to protect and promote the long-term development of the waterways. The organisation publishes a quarterly magazine “Inland Waterways News” which is a unique publication covering a wide range of topics of interest to waterways enthusiasts at local, national, and international levels. IWAI also publishes a number of waterways-related books and guides. The association activities range from boat rallies, social events, training events, and heritage and conservation projects to setting up work parties for restoration or improvements to navigation e.g. Ulster Canal, Lagan Navigation, Coalisland Canal, Boyne Navigation, and the Kilbeggan and Corbally lines of the Grand Canal. The IWAI website is one of the largest single reference sources for waterways-related material in Ireland www.iwai.ie

Organised jointly by the Athlone Branch and the Carrick Branch of the Inland Waterways Association of Ireland (IWAI), the Shannon Boat Rally is the most prestigious and well-attended boating event on Ireland’s inland waterways. The main objective is to bring boaters of all types together to participate in a nine-day-long fun event for families and friends on the river.

From its origins in 1961, the rally has grown in popularity every year attracting up to hundred boats annually crewed by over four hundred adults, teenagers, and children who participate in sports, games, water and boating competitions, quizzes, talent, and music events while improving their boating skills and safety practices on our waterways. The spirit of the rally is to bring boaters of all experiences together to share in a common purpose to enjoy the waterways, share boating know-how, and improve one’s boating skills. The rally has attracted many boaters to our inland waterways and promoted the development of facilities along the navigation as well as bringing a great dynamic and valuable business to the towns and villages along the river and lakes. The rally also encourages responsible use of the waterways for the benefit of all waterway users and has a strong educational and safety theme throughout.

The whole rally revolves around a number of main or “starred” competitions that participants and the crews compete in all week. These 7 competitions are Man overboard, Navigation, Mooring, Rescue of a cruiser, Boat Inspection, First Mate, and Timed reliability. The Premier Award is awarded to the overall winner of the 7-starred competitions, a kind of boating heptathlon. There are also class awards for Open Boats, Motor Cruisers under 30ft, Motor Cruisers over 30ft, Sailing Cruisers, and Barges. There are environment, newcomer, canal visitor, merit awards, and an award for those who exemplify the rally spirit. These competitions are hotly contested year on year culminating in an annual award dinner where the coveted Premier Award and a range of over twelve trophies are presented. Many of these competitions originated in the first rally with some new additions, for example, the rescue of a cruiser was introduced in 1965. There is a range of ancillary competitions which crews can take part in throughout the week such as ladies’ boat handling which was first run in 1969. It was not until 2008 that men’s boat handling was introduced. Other competitions include the young mariner where ralliers of the future compete and are awarded a merit certificate, sailing dingy races, crewmanship, line heaving, VHF, and lots of fun competitions such as the talent, fancy dress, and the much-loved commando event involving all the family.

The first rally was launched in 1961 at a civic reception in the Royal Hoey Hotel and over 71 boats participated that year. The boats travelled from Athlone to Jamestown and on to Carrick on Shannon. The aim of the original organisers of the event was to preserve the navigation and to set an example in the safe use of the waterways through organised competitions and fun events. To mark its 25th year the Rally committee published a book called The Silver River in 1985 which documents in detail the early years of the boating event. In its 50-year history, over two thousand five hundred boats and ten thousand people have participated in the boat rally.

The Ethos of the Rally

Safety on the waterways is of prime concern with a voluntary safety officer and children`s officer appointed, and a range of equipment supplied for the event such as an emergency fire pump, communications equipment for harbourmaster and lock co-ordination, and high visibility clothing for key officials. In addition, the RNLI attends rallies year on year with sea checks for participants and the committee organise life jacket checks on a regular basis.

The Shannon Rally always welcomes newcomers to the rally with special trophies for those on a hire cruiser, or those that travelled down the Erne or overseas. New ralliers are made very welcome and everyone is encouraged to take new families under their wings and encourage them to actively participate in competitions. Companionship and friendship: Over the past 50 years people have built up long-lasting friendships that spans the generations. A strong focus on family activities and fun for all ages are at the core of the Shannon Rally. It is very common for three generations of a family to come along on a rally. The entire rally is an outdoor event with a strong sustainability ethos both in terms of the natural environment and our heritage. This manifests itself in an environmental award and regular heritage walks and talks increasing awareness among those on the rally.

In addition part of the ethos of the IWAI and consequently the Shannon Rally is the education of water users to care for other water users, being conscious of your wake, speed limits, wearing of life jackets, maintaining the rules of locks, and courtesy to other water users such as anglers, sailors, swimmers kayakers and all water users. The rally contributes to the local economies of the towns and villages up and down the river, Tarmonbarry, Rooskey, Lough Key, Boyle, Ballinasloe, and Shannonbridge, Tarmonbarry, Dromad, Kilglass, Grange, Drumsna Banagher, Lecarrow, Roosky and many more.